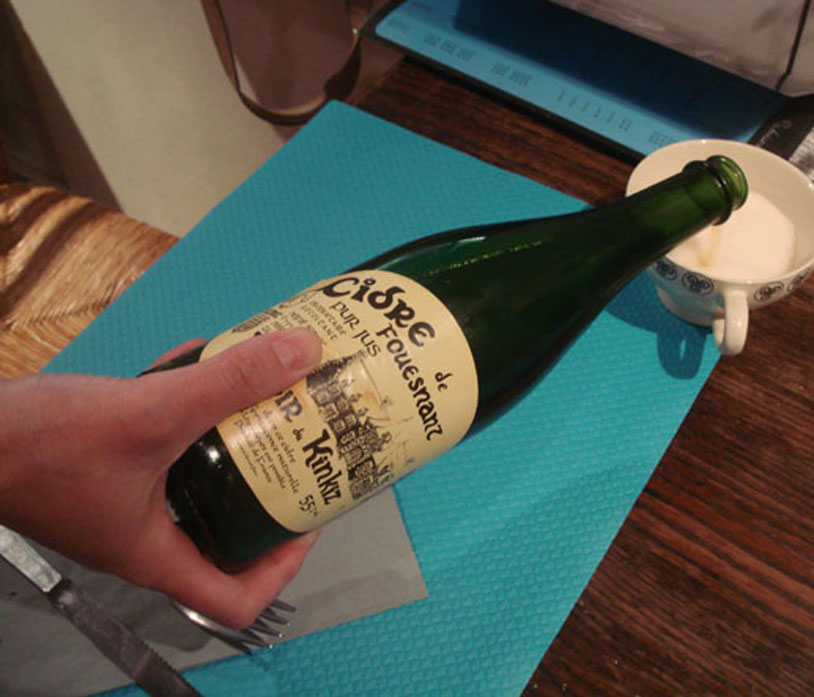 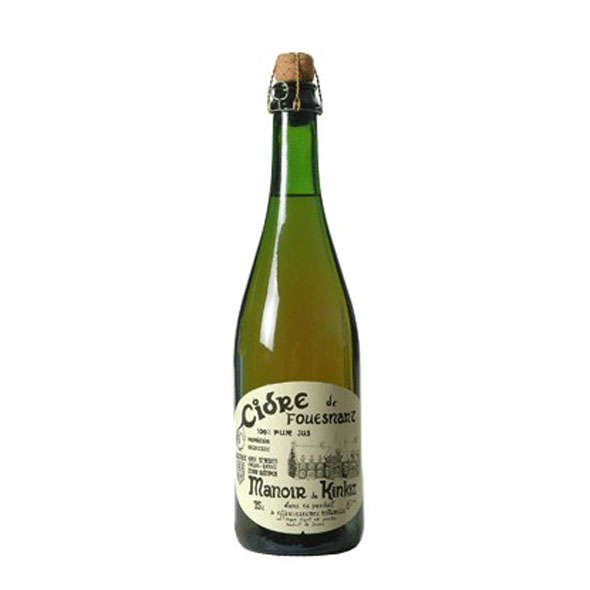 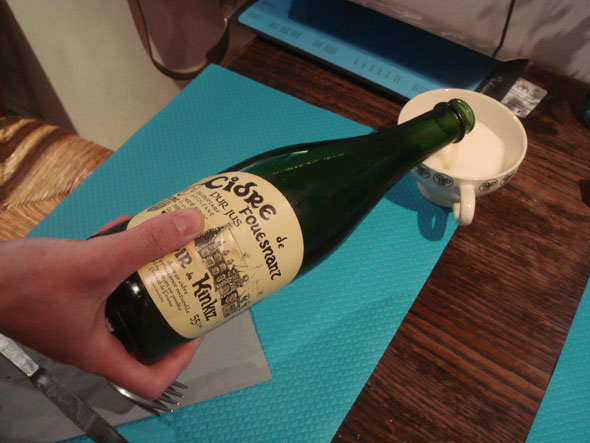 The personality of this Cider from Fouesnant is recognized by its bitterness, its roundness and its lingering flavors of fresh apple, fresh butter and hazelnut.

Cider KINKIZ from Fouesnant is heir to a genuine expertise and a long family tradition. It is made from apples from the orchards in Fouesnantais Country.

It respects the assembly of old varieties of apples, harvested by hand, on weedy orchards (total natural weed). Apples are sorted manually and pressurrage is fully ripe fruit from late September to December. 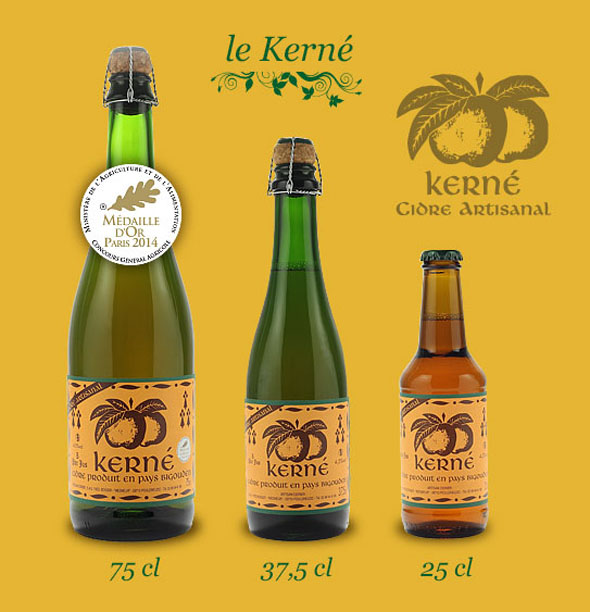 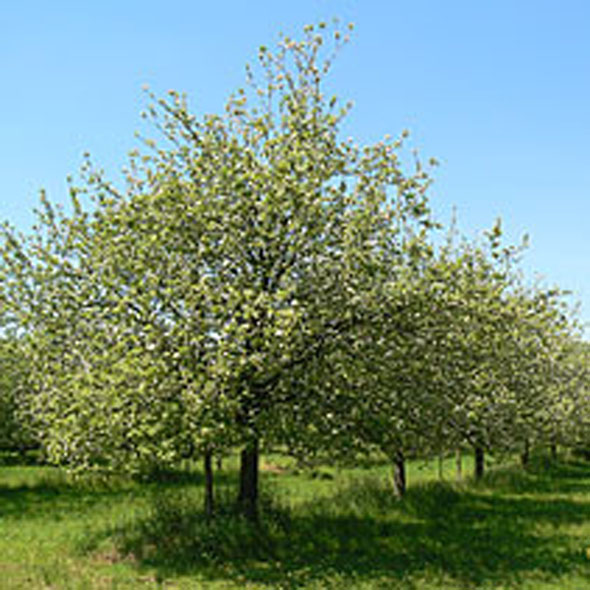 Known for its fruity taste, KERNÉ is a cider that comes from Pouldreuzic (29).

On the palate the Kerné made a spring and intense attack, detected by melting fine bubbles that express a fine bitterness and its freshness.